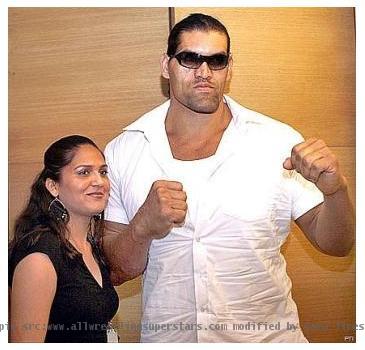 Khali changed his name to The Great Khali after the Hindu Goddess Kali, who is associated with eternal and immense energy. He was a policeman before he chose wrestling in his career. He also acted in three Hollywood films and two Bollywood films. Khali is presently working in WWE in the Raw brand.

Khali is popular for his stature. His height is 7ft 3in. His wife is not at all. Khali and his wife looks very odd together. This might be the secret of their loving relationship. 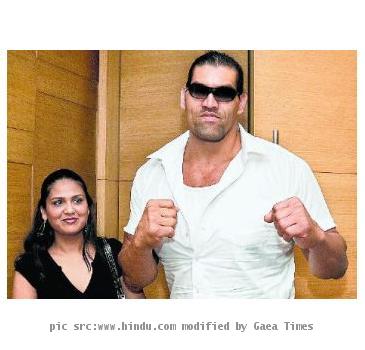 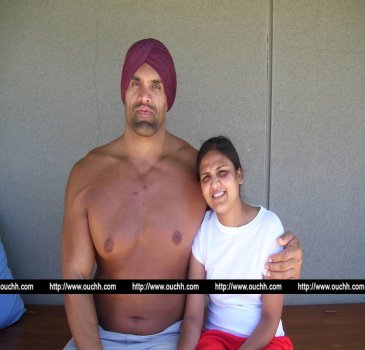 GUANGZHOU - India wrestler Manoj Kumar will fight for bronze after losing to Taleb Nematpour of Iran...

LONDON - Diane Keaton suffered a dizzying bout of vertigo last year, before she was injured in a wr...

The Rock returns to action with 'Faster'

LOS ANGELES - After starring in a string of comedies and other light-hearted outings, professional w...

Expectations are high from Indian athletes at Asian Games

GUANGZHOU - After a stupendous performance at the Commonwealth Games last month, expectations will b...
Copyright© 2010 The Gaea Times