Marriage without a Groom? Is it Possible? 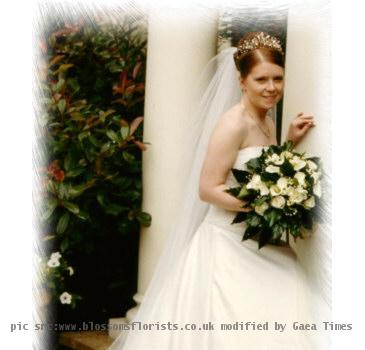 TAIPEI (GaeaTimes.com) — A Taipei woman, Chen wei-yih has confirmed to marry with all the pomp and show. Her marriage will have all the preparations like flowing white dress, enlisted a wedding planner and rented a banquet hall for a marriage celebration with 30 friends. But it is devoid of one thing.

Chen is going to marry herself or rather her wedding will not have any groom. The 30 year old Taipei office worker will be holding the grand ceremony in the next month.

Chen is under the notion that she could not find any partner so she has decided to take up such an action. Shew also stated that if in the future she finds a good match for herself, she will marry again. Hope she finds her soulmate soon.

NEW YORK - Prince William is making sure that everything falls in place when he marries his ...

MUMBAI, INDIA (GaeaTimes.com)- Although the boom in social-networking sites in the recent years ...

KATHMANDU - Bollywood diva Manisha Koirala, who triggered a storm of gossip about an impending divor...

LONDON - A bishop who suggested that Prince William and Kate Middleton's marriage will fall apart af...

Giridih women rejoice as one among them is 'crorepati'

CHANDIGARH - An Indian Army operation to dispose off 17,000 pieces of scrap ammunition of unknown or...

CANBERRA - The Australian Government wants to know what more can be done to stamp out the practice...