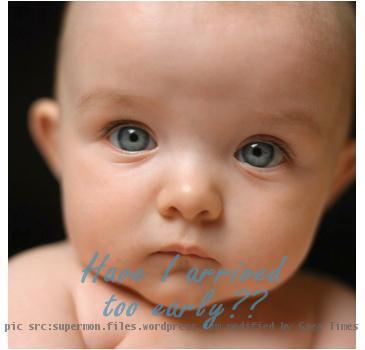 ANDALUSIA, SPAIN (GaeaTimes.com) — Now this is called odd news. A 10-year old girl in a city named Jerez de la Frontera gave birth to a baby. Both mother and the baby (or shall we say baby and the baby) are in the best of their health as reported.

According to Spanish newspapers, the girl is of Romanian origin and the father is also considered to be underage. So authorities can’t decide whether or not to let the girl’s family to keep the baby. More shockingly, the local doctors in the hospitals have confessed that giving birth at a such young age is common in their country.

In the countries like Spain where money and education are not easily available to everyone, we are bound to see such kind of strange acts. Surely the girl who gave birth to the baby or the boy who claims to be the baby’s father have no idea of what they have done. Unfortunately they will realize only when it is too late.

What do you think? Who is responsible for such act? The government or the society? Or is it us only, who after reading this article will say “yikes” within their mind and will forget the entire thing within a second after moving on to another page?