Miracle Man Kenny Easterday: The Man with Half Body 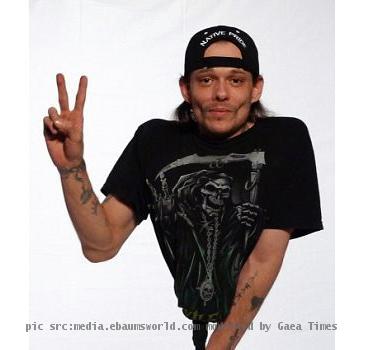 NEW YORK (GaeaTimes.com) — The story of an unusual man with half body may make you believe that sometimes miracles happen in the real world. Let me introduce you to 36 year old Kenny Easterday better known as ‘The Man with Half a Body’. He was born on 7th December, 1973. But poor Kenny was born with a disability known as sacral agenesis that made his spinal cord to grow in an improper manner. This doesn’t stop him from living his life. Kenny Easterday is happily living and enjoying his life.

When he was six years old his legs were amputated and his missing spine was made out of his shinebone. He is full of energy and he moves freely with the help of skateboard.

Kenny has a girlfriend Nicky and he loves her 7 year old girl as his own daughter. He appeared on TV in a program done by TLC.

LONDON - Chelsea skipper John Terry could be back in action in just a few days after fears were ex...

Celebrating Eid-ul-Azha with prayers - and a 180 kg goat!

MUMBAI - Millions of Muslims in Mumbai and others parts of Maharashtra celebrated Eid-ul-Azha with j...

Remarks by the President to CEO Business Summit in Yokohama, Japan

NEW YORK - A US man, who jumped from the 39th floor of a Manhattan high-rise this summer and survive...

SRINAGAR - Preparations for Eid-ul-Azha festival are bringing back gaiety, fervour and vibrancy in t...
Copyright© 2010 The Gaea Times